From 812 to 1797, the Venetian Republic was a vast golden belt of prosperity, independence and enlightened self-rule against the divided leadership in the post-Roman Empire. This golden age is reflected in the splendour of Venetian culture, rich in music, literature, art and architecture.

Veneto is the countrys biggest in terms of production and todays golden age is led by wine. Prosecco has taken over the world and, whilst many of the international varieties are grown here, the main zones straddle the city of Verona. The hills to the east grow Garganega for Soave and the area to the north west Corvina, Corvinone, Rondinella and Molinara, the main grapes in the famous reds of Valpolicella. 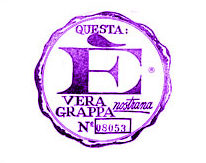