The region (also known as Trentino-Sud Tirol) consists of two provinces, Trento (Trentino proper) and Bolzano/Bozen (Alto Adige). Italian is spoken in Trentino, while German is spoken in Alto Adige. Once part of the Austrian Empire, the region borders Austria’s Tyrol to the north and Switzerland to the northwest. Both provinces provide a stunning backdrop for grape growing, with impressive mountains and valleys. Trentino’s main grapes are Teroldego and Pinot Grigio, the latter also popular in Alto Adige. Other whites in Alto Adige include Pinot Bianco, Kerner, Traminer and Sylvaner whilst for red, it was historically Schiava and Lagrein but Pinot Noir has become increasingly popular. 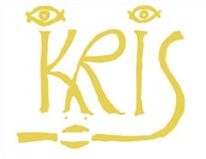